After the first 100 days of government, the democrat has given his first speech to Congress presenting his Economic Plan.
congress president presented biden keys
The keys to the stimulus plan that President Joe Biden presented to Congress
Juan Ramón Baliñas Bueno
06/05/21 - 14:22

In his early days President Joe Biden has had to reverse many of the previous president's decisions. Mr. Trump changed the State Department by breaking commitments, snubbing his allies, applauding autocratic regimes, and fueling conflict. Now it's time to rebuild relationships and reaffirm world leadership.

The president also had to make decisions about the pandemic. Biden has presented himself before Congress with his homework done: By providing sufficient doses for mass vaccination of North Americans, they have been able to open companies and have achieved growth (6.7% of GDP) the highest in the last 40 years in the 3 first months of mandate, even so there are still 2 million Americans without jobs.

The president appeared conciliatory, trying to count on the Republicans to approve what they agree on in a social project to support the middle class that built the country, not Wall Street, raising the tax burden on the richest to offer better jobs, help the middle class and turn America into the country that the president thinks. 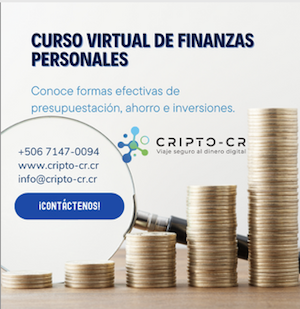 The gigantic plan will be a public investment similar to Franklin Delano Roosevelt's New Deal (he managed to get the US out of the Great Depression of 1929 by building the current North American highways) to boost the economy, modernize the country and a new era for the middle class, all this financed with taxes on the rich.

For this, the US is the nation that is going to put the most money to solve the pandemic crisis, the president will have to negotiate items for social welfare and infrastructure in Congress. President Joe Biden's Plan to Boost the US Economy provides:

> American Rescue Plan, already approved for 1.9 billion dollars. It represents 39% of the budget and 8.5% of GDP.

> Infrastructure plan: 2,3 billion dollars for 8 years. Joe Biden calls it a Plan to Build Back Better During the Pandemic. To pay for the plan, Mr. Biden will propose to increase the corporate tax from 21% to 28% in the next 15 years. Pursue tax evasions, also increase the tax on profits of companies abroad, but not burden the middle class.

> North American families plan: 1.8 billion. Investing in education will pay dividends, child care, student debt, nutrition and sick leave, reduce child poverty by half, guarantee 4 years of public education, tax credits per child of $ 3,600 and that less well-off families pay no more than 7% of their income from daycare, relaunching immigration reform, solving the 800,000 undocumented children, dreamers, turning them into citizens, are an added value not a burden. To pay for all this, it will be necessary to raise taxes on those who earn more than $ 400,000, a maximum personal tax from 37% to 39.6% as it was with George W. Bush. Profits from the sale of shares and assets will be taxed from 20 to 39.6%.

A plan that also includes research to promote the future, control of weapons through the serial number, expand health reform, strengthen security, improve drug prices, etc. If Joe Biden's Stimulus Plan succeeds in Congress, it would reduce social inequality and increase GDP for years, for which it will need Republican votes. If he succeeds, President Joe Biden could go down in history as one of the great American presidents. @mundiario