I want to be a champion for American families of all kinds, to make sure that every single person has a chance to live up to his or her God-given potential.

I want to be a champion for American families of all kinds, to make sure that every single person has a chance to live up to his or her God-given potential.

If we want America to be strong, we need our families to be strong. Because families are—and always have been—the backbone of our country. But today’s families face new and unique pressures.

> Immigrant families are being torn apart

Parents with a history of service to their communities should not have to fear deportation, and America shouldn’t be in the business of breaking up families or turning away talented workers who have contributed to our economy. That is not who we are as a country.

> Too many African American men are missing from our communities

We have to come to terms with some hard truths about race and justice in America. From Ferguson to Baltimore, the patterns have become undeniable. There is something wrong when African American men are still far more likely to be stopped by police, charged with crimes, and sentenced to longer prison terms than their white counterparts. A third of all black men born today face the prospect of prison during their lifetimes.

Across our economy, too many women still earn less than men on the job—and women of color often lose out the most. All this lost money adds up. For many families, it’s thousands of dollars every year. That’s money that could go to rent, groceries, or into a college fund.

In America, no mother or father should have to choose between staying home with a sick child and keeping their job. No son or daughter should fear losing their livelihood when caring for a sick parent. And no sick person should be forced to go to work out of financial necessity.

> Give women the tools to fight for equal pay

We will promote pay transparency across our economy to ensure that workers have the information they need to negotiate their salaries and make informed choices when they are looking for work. And we will work to pass the Paycheck Fairness Act, which closes loopholes in existing law and gives women the legal tools they need to fight workplace discrimination.

Nearly two-thirds of minimum wage workers in America are women. Over half of those women are 25 or older, and most have no other income from a spouse. Increasing the minimum wage for all workers will help close the wage gap. 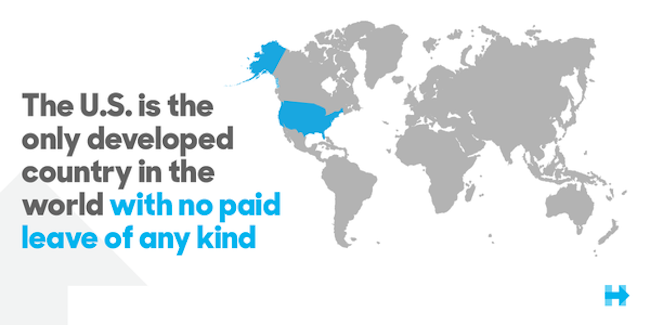 It is time for paid leave in America
The United States is the only country in the developed world without paid leave of any kind. We will develop a national paid leave program so that no American has to choose between keeping their job and taking care of a new baby or a sick family member. And we will ensure that every American has access to paid sick days so that the common cold doesn’t mean a smaller paycheck.
Hillary Clinton
2016 Presidential Candidate

Hillary Clinton has served as Secretary of State, Senator from New York, First Lady of the United States, First Lady of Arkansas, a practicing lawyer and law professor, activist, and volunteer, but the first things her friends and family will tell you is that she’s never forgotten where she came from or who she’s been fighting for throughout her life.