In Response to Stephen Zunes False Allegations on Foreign Policy

I have the firm belief that history will remember individuals who stood against division and deception.

In an uncanny article appeared the 9th of December on Foreign Policy about Western Sahara territorial dispute “imagined” by Mr Stephen Zunes, I encouraged myself this time to decamp from my silent observer quarters because of the number of disguised interpretations of many UN resolutions and Zunes blatant intentional facts dismissal, it is highly worrying to witness such as level of truth twisting practised by a “scholar” of international relations on account of my firm belief that history will remember individuals who stood against division and deception.

Polisario front use to enjoy the recognition of 83 countries from the old ideological soviet bloc, today, only 27 and it will go down to only 9 in the coming weeks.

I will refrain from personal attacks as a self-imposed courtesy towards someone who already lost his entire intellectual credibility and objectiveness; Stephen must have his valid untold reasons for his fallacy prize-winner approach; what amused many observers and international relations scholars is the stubbornness of Mr Zunes to hide the sun with his thumb, not very effective as strategy many will factually argue.

We are blight to live in this fake news era where voices against historic rights of nations victims of colonialism need to justify their obvious and undeniable historic rights.

Mr Zunes started his article talking about “occupying Moroccan forces” he couldn’t be more intentionally “wrong”, let’s engage in a historical fact check; in 1965 before the existence of anything called Polisario, the late King Hassan II of Morocco requested Spain to decolonise the Spanish Sahara Territory (Spain occupied in 1934)₂ through the UN General Assembly under the (Resolution 2072 (XX) of 17 Dec. 1965)₃.

First, let’s breakdown the term “occupation” in international law to understand its misuse by many opportunistic entities; colonization means a recognized country occupying another existing recognised country, Spain in this case because they colonized a historic extension of the kingdom of Morocco back in 1934; after Spain left this territory, the UN documents speak about Moroccan “annexation” not “occupation” of this desertic territory, there’s nowhere to find in all UN resolutions any reference to Morocco as an occupying force but the denomination of administrator of this desertic territory.

Historic documents proved that Spain was well aware of Moroccan claims over its Saharan territory, this is why in 1958₄ after the visit of late King Mohamed V to the said region where he was warmly received by all local Saharawi tribes which exercised a traditional Islamic ritual of allegiance and grated him their blessing as their sole ruler; not long afterwards, the Spanish dictator Francisco Franco ceded Tarfaya and “Spanish Southern Morocco” back to the kingdom of Morocco after witnessing local resistance and threat to the Spanish interests in this region.

Mr Zunes claim that Franco’s Spain was under American pressures to not give the territory to a leftist independent movement (it wasn’t called Polisario yet); Zunes couldn’t be more wrong as all historic records show that Franco didn’t want Morocco to recover this territory this is why he decided to run a referendum of self-determination to create a vessel state under Spanish control, unsurprisingly this very same strategy is still followed by Algeria until today; in 1975 Morocco executed its plans of the Green March₅ to recover peacefully this stolen part of Morocco’s national soil.

Mr Zunes wrote “In early 1976, the Polisario established the Sahrawi Arab Democratic Republic (SADR), which has been recognized by 80 countries” thus, he omitted to continue by saying that since 2007, the year in which Morocco presented his Autonomy plan to the UN, a vast number of countries which were misled by “Algeria’s efforts to become the regional hegemon (study in this link)” withdrew their recognition to the SADR; Morocco’s autonomy plan was described by all UN permanent members as a serious and credible solution capable of solving this 45 years old dispute. when it comes to the number of countries recognizing SADR, I presume that Mr Zunes gathered this number from Wikipedia which anyone could log in with a Gmail account and change it at will.

The SADR self-declared₆ statehood has no legal basis to be recognized as such by the UN based in international law₇,  furthermore, the UN never recognised this pseudo-SADR-state, still Mr Zunes “forgot” again to emphasize that the Polisario recognition is shrinking by days, 48 countries withdrew already their recognition since the collapse of the URSS and also because of what was mentioned earlier about Moroccan Autonomy proposal; it is fit for purpose to add that the US and other 17 countries opened consular delegations in this region as formal recognition of Moroccan sovereignty over its historic Saharan soil, Mr Zunes is kindly invited to read the US Presidential Proclamation recognizing the sovereignty of the Kingdom of Morocco over Western Sahara.

Based on the UN decision of the 31st of December 1991 (3025th meeting): resolution 725 (1991)₈ a ceasefire agreement was signed between Morocco, the UN and Polisario; sadly for global peace efforts, two weeks ago the separatist group backed firmly by Algeria, unilaterally cancelled this 29 years old ceasefire agreement challenging consequently the UN bodies and the whole international community.

18 countries recognised so far Moroccan sovereignty over Western Sahara, and 22 other's are about to follow the same step, where Spain stands in all this international shift?

Mr Zunes continued by saying “Starting on Oct. 21 this year, scores of Sahrawi civilians engaged in a nonviolent sit-in to block the highway” FP readers should know that the so-called “civilians” came from Tindouf camps (Algeria) which is 1700miles far from this border passage where this trade route blockade took place, it is paramount that this article readers know that this desert is one of the most inhospitable places in this planet, which pushes us to ask, how could this group of “poor refugees living in tents” come all this way down to this area without any consented logistical effort? right after the same “civilians” started blocking civilian traffic, stealing truck drivers and destroying the road linking Morocco to Mauritania. How could we dismiss daylight presence of armed members of Polisario supporting these illegal actions under the watch of the UN peacekeeping mission called MINURSO? Even Spain, one of the traditional reticent to Moroccan sovereignty over the Saharan region denounced this blockade in ELPAIS newspaper.

The author of FP article said as well “violently dispersed by Moroccan troops two weeks later” another flagrant untrue statement as the Polisario blocked this road for over three weeks this time in a repetitive manner for the last 4 years coinciding every time with the UN General Assembly discussions over MINURSO peacekeeping mission duties renewal; Morocco ran this operation under the UN peacekeeping mission watch peacefully without any human casualties as stated in this other Spanish article and MINURSO eye witness reports.

I cannot but show more scepticism and irony regarding these allegations and I quote Mr Zunes again “It appears that the Moroccan armed forces were unprepared for the Polisario’s coordinated attacks” Inside this Article you can watch EURONEWS original Video report about all the false attacks that Polisario and Algerian media claimed they were carried out; all the videos they used to prove their attacks tuned to be taken from Kashmir, Yemen and Syrian wars, all videos were debunked in less than two hours by international media.

Of course, Mr Zunes omit as well to denounce the corruption reigning in the Polisario Tindouf camps in Algeria denounced formally by the EU, as the Polisario leaders were selling these aides to neighbouring countries under the complicit watch of Algerian authorities.

I genuinely believe that Mr Zunes could do better, I respect his opinions in general thus I value more standing for the truth. @mundiario 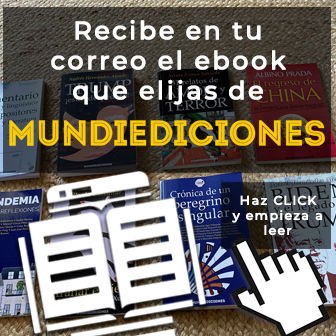